Out of the Smoke 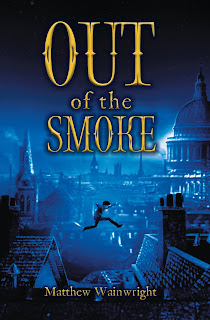 This is an impressive debut novel! Matthew Wainwright has written a gripping and fast paced story of life on the streets of Victorian London. The streets were crime ridden, dangerous places and we follow the life of Billy, a child chimney sweep who gets caught up in a criminal underworld. Gang warfare is rife and moral degeneracy the norm. Billy develops the thick-skin and pride of a fully initiated gang member and refuses help on more than one occasion from the 'Poor Man's Earl', Lord Shaftesbury. His criminality reaches new depths as he is persuaded to use his chimney climbing abilities for more sinister purposes. It is only when he makes the usually fatal mistake of forgetting his way out of the labyrinth of chimneys, that he is forced to make a life changing choice. With a tantalisingly vague ending we are left to assume that he made the right one.

The book finishes with a helpful factual section giving further details on Victorian London, a brief biography of Lord Shaftesbury and also a timeline of notable historical events that relate to the story.

Aimed at 12yrs+ this is a riveting, well researched and brilliantly written novel based on the work of the Seventh Earl of Shaftesbury.

Out of the Smoke by Matthew Wainwright, published by Wakeman, £7.99

Check out the author on Instagram (Matthew Wainwright) - he publishes fun quizzes and other resources about his book on there.

Posted by Christian Bookshop Ossett at 15:39